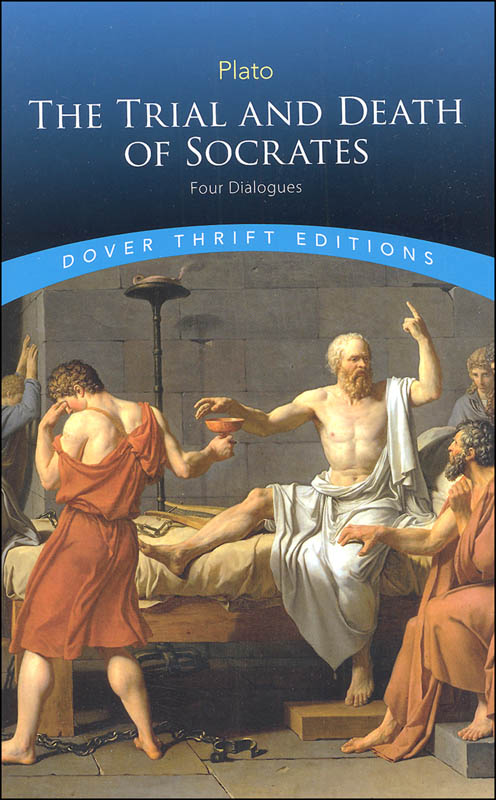 Trial and Death of Socrates

This collection of four dialogues (including the two dialogues needed in the Greenleaf Guide to Ancient Greece by Plato was written after the trial and death of Socrates. The book, written from the voice of Socrates, covers his opinions on piety and religion, his defense of his teachings, his respect for the law, and his embracing of death as well as his thoughts on the immortality of the soul. - Melissa

he Dialoguesof Plato (427 - 347 B.C.) rank with the writings of Aristotle as the most important and influential philosophical works in Western thought. In them Plato cast his teacher Socrates as the central disputant in colloquies that brilliantly probe a vast spectrum of philosophical ideas and issues. None is more exciting and revelatory than the four dialogues "Euthyphro, Apology, Crito,andPhaedo" on themes evoked by the trial and death of Socrates, accused by his enemies and detractors of crimes against the state, among them "impiety" and "corruption of the young."
InEuthyphro, Socrates explores the concepts and aims of piety and religion: inApology, he courageously defends the integrity of his teachings; inCrito, he demonstrates his respect for the law in his refusal to flee his death sentence; and inPhaedoembraces death and discusses the immortality of the soul. The four dialogues are presented here in the authoritative translation by the distinguished classical scholar Benjamin Jowett, renowned for his translations of Plato.

These homeschool history staples have been around for quite a few years now and remain popular as a flexible, "unit study"-like program that covers history chronologically and in-depth, using excellent supplemental resources. For most historical periods covered, there is a Famous Men book and a Greenleaf Guide. (For Old Testament and Ancient Egypt, readings are found in other sources, including the Bible and supplemental resources.) Famous Men books are reprinted from the original editions (1904) and include the original preface as well as a new preface. These volumes feature stories and black-and-white illustrations on the featured men. The content of Famous Men of Rome and Famous Men of Greece are very similar to the originals, while Famous Men of the Middle Ages includes new chapters by Rob Shearer.

The corresponding Greenleaf Guide holds reading assignments from Famous Men and the supplemental resources. vocabulary lists, pronunciation guides, comprehension questions for the Famous Men stories, a chronological overview of that period of history, a graphic timeline, key dates for the time period, suggested hands-on activities and more. Think of the guide as the lesson plans/teacher resources, and the Famous Men and study package books as the texts for each study. Emphasis is on people and hands-on activities as you study history chronologically in depth. Instead of breezing through all of world history in a year and getting only a smattering of information, use these guides and study packages to really learn about the time periods; with special emphasis on people and cultures. The studies are also Biblically-based and use Biblical standards to evaluate historical figures and events.

We have created complete and supplemental packages for each time period in the Greenleaf series. Items in the supplemental packages are specifically recommended in the Greenleaf Guides, so you will need to have the accompanying books to get the most out of each guide. Each study package has enough material to last a school year (or less if used daily. Please note that items are also available separately. 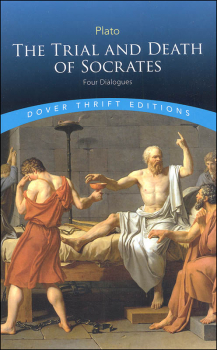