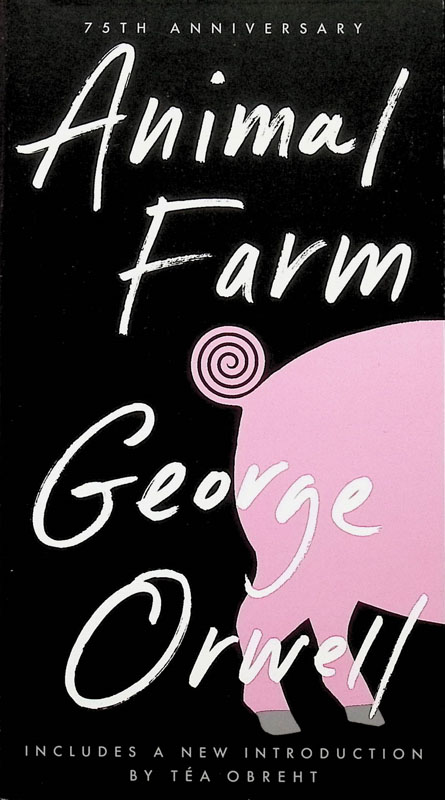 This classic political satire by George Orwell attaches the idea of totalitarian government using farm animals as characters. The animals try to run the farm on their own and create a paradise of progress and equality, but certain animals (namely the pigs) begin to take control and take away freedoms. With great parallels to many governments, this book is a must-read. A few complete and unabridged editions are available. The Signet Classic Edition has a preface by Russell Baker and is 144 pgs, pb. ~ Rachel

Animal Farm is the most famous by far of all twentieth-century political allegories. Its account of a group of barnyard animals who revolt against their vicious human master, only to submit to a tyranny erected by their own kind, can fairly be said to have become a universal drama. Orwell is one of the very few modern satirists comparable to Jonathan Swift in power, artistry, and moral authority; in animal farm his spare prose and the logic of his dark comedy brilliantly highlight his stark message.

Taking as his starting point the betrayed promise of the Russian Revolution, Orwell lays out a vision that, in its bitter wisdom, gives us the clearest understanding we possess of the possible consequences of our social and political acts. 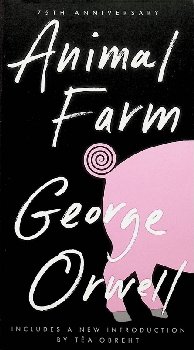